Photo by Sergey Pesterev on Unsplash
John entered Lulu’s, as he did most mornings, for a cup of coffee, an almond Croissant, and a little conversation before heading to the ER. A surgeon and clinical instructor at Yale School of Medicine, he spent some quiet time each morning in my little coffeehouse. John and I had been friendly for a while, but our friendship deepened after a neighborhood party we attended. (It might have had something to do with Tequila shots).

But that morning I could sense something was up. After a few sips of coffee, he proceeded to tell me about a decision he’d made to fly to Kigali, the capital of Rwanda — a country in a tribal war that had escalated to genocide. There he would perform surgeries at a Red Cross Field Hospital in a converted convent. He felt he could give the Tutsis the help they needed.

“You’re going where?” My voice raised at least a few octaves.

“I’ve signed up with “Doctors Without Borders,” he said. When he saw the look on my face, he laughed. “I know. My ex-girlfriend calls them ‘doctors without brains.’”

“John,” I said, “they’re slaughtering people in Rwanda. It’s a bloodbath!” But he had made up his mind. He would fly to Geneva, then Kigali. “I’m leaving in a week, I'll try to find a way to write.” he told me.

When John arrived in Kigali, he found a satellite fax and phone machine and began faxing daily accounts of the war to me at Lulu’s. The first came in on May 13th, then another one, and another. I began telling everyone in the store, “Hey, you’ve got to read these!”

When word got out a Yale surgeon, working at the epicenter of the war, was faxing daily accounts of the fighting to a tiny coffeehouse in New Haven, journalists flocked to my doorstep. Due to the intensity of the conflict, news agencies couldn’t or wouldn’t send their reporters in, so, for a while, the only word coming out of Rwanda were the missives from John.

Soon journalists from The New York Times, AP, The New Yorker, and local papers would come and go from the coffeehouse patio. It was the only way they could learn the latest happenings from the front, while awaiting John’s return, when they could get the full story.

One Saturday, during a busy morning rush, the phone rang. It was John. We talked a few minutes, then the next thing I heard was a massive explosion, and a few seconds later the phone connection died. With a line out the door, I turned with tears in my eyes and stared at the crowd. I couldn’t speak. I was in shock, trying to digest what just occurred.

“Lulu, are you all right, what just happened?” My throat tight and tears now streaming down my face, I said, “It sounded as if a mortar just hit John’s hospital while we were talking, he might not have survived.”

His faxes were so compelling people felt as if they knew him. Regulars would sit reading the red folder labeled “RWANDA,” laughing one minute and crying the next. Customers would poke their heads into the store on their way to work and ask, “How is Dr. Sundin?”

I paced my apartment for the next two days, wondering if John was still alive. Then, on the third day, I picked up the phone to hear John say, “It was a mortar that hit the compound and knocked out our satellite fax and phone. No injuries.” Then he laughed and said, “Thankfully the wine is safe.” I let go of the breath I’d been holding in for two days.

One day, I approached Jack Hitt, a writer and regular, and said, “Jack, you’ve got to read these.” He smiled, then went back to reading his paper. A few days later , I said again, “Jack, you need to look at these dispatches from John in Rwanda.” He looked up and saw I was serious. He grabbed the folder.

“Lu, these are amazing,” Jack exclaimed. I rolled my eyes, “Yes, I know.” He called his friend Paul Tough, an editor at Harper’s Magazine, and the next edition of Harper’s carried John’s story, excerpts of the dispatches, and how it all began from a small coffeehouse in New Haven.

When John’s replacement arrived, he returned home at the end of July to a flurry of invitations to appear on talk shows like Charlie Rose and others. He was interviewed by journalists from the most celebrated publications, their articles crossing the country.

The last fax he sent from Kigili ended with this line:

“I have loved this satellite highway and you have been most good to listen to my blah, blah, blah — about this falling sky — Kigali. Where the sky meets the earth, heaven meets hell, and you have met me”

John stayed with me for a week for some badly needed R&R. He kept saying he was fine but it seemed he couldn’t settle. I’m sure the images he witnessed were embedded in his psyche.

He had taken many photos. Some beautiful, many gruesome and difficult to view, but we curated an exhibit of all of them at a local gallery, because so many people wanted to hear his story and see his photos. He gave an account of what he experienced in Kigali and thoughts on the history that created horrifying conflict. It seemed the exhibit and talking about it helped him process.

Thank you for reading
Lulu

Note: On the twentieth anniversary of the war in Rwanda, on May 8, 2014, the amazing Sarah Stillman, a staff writer at the New Yorker, wrote a wonderful article about John’s story, my cafe, and how our community came together because of events happening thousands of miles away. Link below: 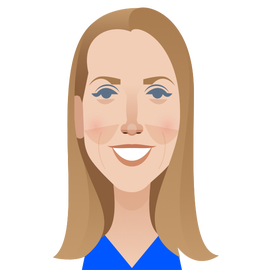 "Are you suggesting that coconuts migrate?” My Bio...